Ltd. UpakTreyd - this is the first work on the Russian market companies belonging to the industrial group UPAK. The creation of the company was preceded by lengthy market research is in its infancy at that time on the territory of the Russian market of packaging products. UpakTreyd Ltd. began working in autumn 1995. Since its inception the company has set its main objective of a comprehensive technological support to companies operating in the production of packaging, and promotion on the Russian market of consumables used in the production of packaging products, from the best European manufacturers.


As the first foreign business partner was chosen corporation BASF Drucksysteme, which is part of a huge chemical company BASF and includes a number of large factories for the production of liquid paints and varnishes are available in many European countries, and a plant for the production of photopolymer plates, located in Germany. The first batches of paints and lacquers began to be sold with a permanent warehouse near Moscow in October 1995. At the same time in the company's staff was hired the first technician-consultant for flexographic printing. Necessary for producers of packaging inks and varnishes were not just constantly in stock of the company, but for their successful application in the Russian conditions with the participation of BASF experts have developed special instructions for use and a number of recommendations.


In mid-1996 UpakTreyd Ltd. signed a contract for distribution in Russia and the CIS masterbatches and special additives used in plastics processing, production of major Italian companies VIBA SpA, which is part of the international concern NYMCO. In the same year masterbatches and additives VIBATAN became possible to keep buying from a warehouse UpakTreyd.


In early 1997, OOO UpakTreyd transferred office and warehouse materials near Moscow in Moscow. The Company has leased warehouse and office space at the plant "Polimerbyt." In the same year in UpakTreyd Ltd. was established colorimetric laboratory equipped with Russia's first colorimetric system BACOS, designed specifically for liquid paints and equipped with a spherical spectrophotometer Hanterlab.


By the end of 1998 in the range of products company UpakTreyd was already a whole range of consumables used in the manufacture of packaging. Thanks to a well-established logistics scheme in the company's stock could always acquire the necessary customer liquid paints and varnishes production of BASF, photopolymer plate production BASF, masterbatches and additives production VIBA, solvents and inhibitors for flexographic printing production Cambiagi, double-sided sticky tape stickers printed forms production Sicad Group, squeegee steel production Acciai.


In early 1999, on the board of the company decided to build its own campus, which later was able to stay with the team already significantly sprawling enterprise. In the autumn of the same year at the JSC "worsted association" October "were acquired in the property two empty buildings are in poor condition. By the beginning of 2002, OOO UpakTreyd able to collect the full set of original permits required to start construction, and get in the Moscow government Finally, urban construction administrative and laboratory, warehouse and production complex.


The first phase of construction of the complex was completed in the second half of 2004 and adopted by the state commission. As a result of a group of companies UPAK has at its disposal more than 2000 square meters of office and production space, equipped with the latest technology, and fully complete system engineering, takes into account the energy needs of buildings second and third stages of construction.


Catching up on investing in the future, the company did not stop working to expand the range of services provided by Russian manufacturers of packaging. In 2002, the Company received a proposal UpakTreyd for distribution in Russia, the world's largest manufacturer of production systems, the barrel of Rossini. In the second half of 2003, the company UpakTreyd contracted for distribution in Russia and the CIS adhesive systems produced by Novacote / Flexopack, part of the largest chemical companies COIM. In the same year at the new site has been put into operation the station mixing paints, which since February 2004 UpakTreyd began production of water-soluble inks for flexographic printing technology and components from BASF (France). In the same complex of buildings at the end of 2004 we completed the installation and debugging of automated warehouse for the storage of materials, capacity of 1 200 tons. 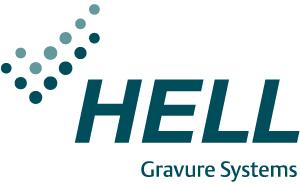